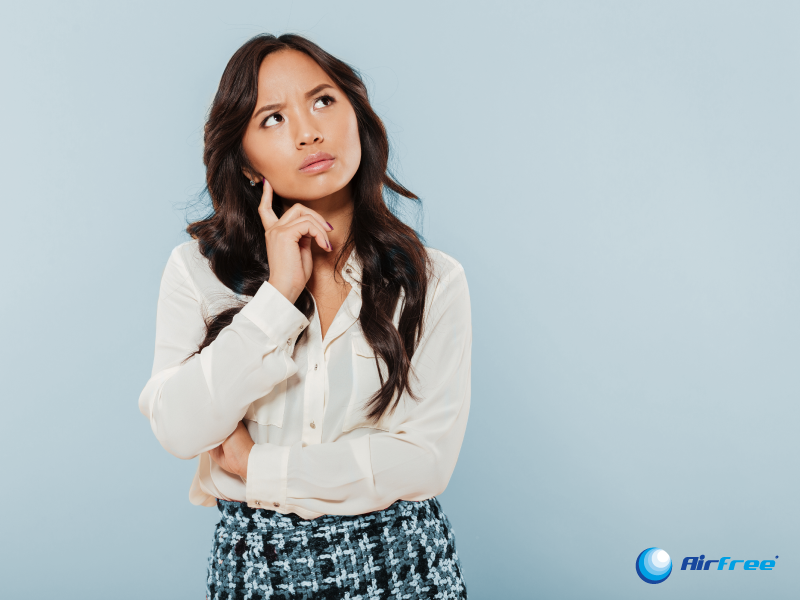 It’s painful watching information relevant to the COVID-19 pandemic come in. Haste makes waste and a stitch in time are conflicting aspects that make crisis situations nearly paradoxical. The scientific study takes time to be accurate but society needs answers faster than that. On top of this, many people lack an understanding of the precision language used in scientific disciplines.  When studies and epidemiologists talk about airborne coronavirus they set limiters. For most people airborne means airborne. This gap in understanding is extremely worrying to those in at-risk groups. How do you parse out what is meant and how do you know which actions to take to ensure your safety and the safety of your home?

This guide will explain in plain terms what’s currently known about SARS-CoV-2 and it’s spread.

How Airborne is Airborne Coronavirus?

Answering this question is central to the recommendations being made by health organizations such as the CDC, NHS, and WHO. It covers exponents including how far the virus travels, how much it lingers, and how long it stays viable.

In addition, an understanding of fluid dynamics, and people illustrates how those numbers change.

An airborne virus is one that can be transmitted through air particles. Even so, there’s a stark difference between particles suspended in air and droplets.

When you sneeze or cough, drops from your lungs, throat, and mouth intermingle and get expelled. Some of these drops are heavier and some are lighter.

SARS-CoV-2 needs droplets to hitch a ride and remain viable. Left alone, without the protection of liquid droplets, the virus dies over time. This is one of the reasons surfaces can be cleaned and made safe and the virus withers when exposed to heat and time.

As a virus, it also needs host cells to inject with RNA and then replicate. With no compatible cells around, it can’t grow. With no droplets, it can’t survive to replicate.

Another concept to be aware of is aerosol. Aerosols are particles comprised of droplet nuclei and droplets 2-100 microns in size. In lay-terms, particles suspended in the air are aerosols and droplets are wet and fall to surfaces.

These definitions aren’t thorough but as with any terms debated in a scientific field, the explanation beyond this gets needlessly technical. Currently, the WHO considers SARS-CoV-2 to be spread mainly by droplets. Evidence that the virus remains viable when aerosolized is contentious.

Viral RNA is found in some studies in aerosols. While the virus uses RNA to replicate, an impartial or broken RNA strand is considered unable to replicate.

The purpose of maks is not to filter the virus, which would require much denser mask materials than are used in most cloth masks. The purpose is to contain droplets. With fewer droplets of any size in the air, there is less virus in the air to gather and linger.

A virus is a special type of living thing. It is somewhat parasitic in nature, as it requires a host to replicate, but they don’t necessarily need a host to survive.

For a person to develop COVID-19, the disease spread by the virus, a certain number of cells need to be infected and the virus has to replicate enough to create what is called a viral load.

The cells that COVID-19 spreads through are select. It targets mucus-secreting cells, lung cells, and cilia. Getting the virus on clothing or your arm isn’t an infection medium.

The problem is that you are likely to move your clothing, which can shake the particles free. You’re also likely to touch your arm and then your face, which is full of mucus-secreting cells in the eyes, nose, and mouth.

The size of the medium that the virus is hitching on matters a lot to the infection rate and its contagious quality. The smaller the particle, the further the virus travels but the less material it has to live. Since you live in a world where physics is a thing, other factors start to come into play as droplet size increases.

Droplets with more mass can’t stay suspended and fall to the floor. Droplets with less mass catch eddies and remain in the air. Smaller droplets travel farther as they can be accelerated to higher speeds from the same force.

A micron (or micrometer) represents a unit of measurement that is one one-millionth of a meter. The size of a SARS-CoV-2 particle is 0.125 micron.

Nanometers are smaller than microns by a power of 10 and represent one ten-millionth of a meter. The size of the virus particles is then 125 nanometers.

Droplets range in size but are generally above a micron in size. A droplet is large enough that you can sometimes feel them individually but aren’t always aware of them in groups. Think of walking through a cloud of smell. The smell is transported on droplets in the air left behind by whatever passed by.

If you’ve ever been at a perfume counter and gotten spayed with a sample, you’re aware of the feeling of droplets. However, if you’ve walked by the same counter minutes later and still smell the perfume, you’ve encountered suspended droplets. You don’t feel the same wetness as being sprayed but it’s clear that the particles are still in the air.

The properties of a surface also matter to the build-up of viral particles.

Clothing worn outside runs a risk of picking up droplets that stay viable for up to four days. A porous surface can soak up moisture while a smooth surface wicks moisture. This means a smooth surface, such as plastic or glass, leaves the virus viable longer.

Washing with soap sterilizes surfaces and clothing quickly by rupturing the protective coating around the virus.

Air purifiers use several different technologies to remove substances from the particles in the air or to remove the particles altogether. An air purifier can prevent air from being contaminated or speed up the rate at which contaminants leave the air.

The most common name in filtration is the HEPA filter. These filters use a variety of meshes to capture airborne particles while the air itself continues to flow. A HEPA filter is rated to capture particles ~0.3 microns (99.97% efficient). This doesn’t do a great job at capturing the 125-nanometer virus but it does capture the droplets and particles the virus rides on. Even so, the filter only stops air in one direction. In a standard home HVAC system the air is scrubbed on the way in, but any contamination that occurs after remains.

Several of the COVID-19 outbreaks have been linked to poorly ventilated areas. Most commonly these areas are in call centers, restaurants, and hospital areas. Once contaminated particles are in the air, they linger for a period of time. Add more contamination without the original dying off and it builds to a threatening level.

When you get enough smaller droplets floating in the air, they carry a significant amount of virus in a diffused area. This is harder to clean and sterilize than a single larger droplet.

An air sterilizing system works by pulling in particles from the air and then cooking them. This is essentially an accelerated process of what happens to particles when they are on a surface.

At high enough temperatures, the virus dies. Additionally, by heating up the droplets, they become smaller, so they carry fewer viral particles.

Even a powerful home HVAC system only does so much to improve the air quality in a home. Airflow is key but many homes don’t have enough ventilation for air to leave, only to come in.

Over time, the air becomes stuffy and stodgy. Opening windows or creating other airflow channels is often counter to keeping the air at a proper temperature. Air conditioning requires new air to enter the system but doesn’t do much about the air already inside.

With air purifiers, the air is refreshed by being drawn in and put back within a single area. This moves more air and stips contamination out that would otherwise build up. Consider the last time you entered a room that held a musty smell. that smells is caused by a build-up of dust particles hovering in the air until they reach a saturation point.

This is the same type of saturation that causes smaller coronavirus carrying droplets to become dangerous.

Allergens are another common particle build-up. Many external airborne allergens are kept to a minimum during the majority of the year. It’s only when pollen counts are high that people become sensitive and start to experience problems.

Inside a home, dust particles, skin cells, and fungal spores can all grow and contaminate the air. Even filters stop protecting from pollen that is carried in on clothing and the opening and shutting of doors. Without airflow, these particles build until a reaction threshold is reached.

Asthma sufferers also benefit from air purifiers. Ozone is a typical side effect of poor air quality, where heavier oxygen (03) particles cause inflammation and fluid build-up.

The additional heating and colling of air through a purifier removes ozone and allows asthma sufferers to breathe easier.

Protect Your Home from Airborne Coronavirus

While experts debate the extent to which airborne coronavirus can cause infection, it’s best to avoid poor ventilation. Keep air circulating in the home through fans and air purifiers.  Air purifiers help clean the air and provide improved air quality in any room.

Is your City the Worst for Pollution?

Ever want to know if you have an allergy related disease?