A study was recently released that nearly three billion people are at risk for ill health and early death due to breathing polluted air in their homes caused by fires that are used for cooking and heating. Around forty percent of the world’s population use wood, charcoal, and/or coal to warm, light and cook in their homes. According to the researchers from Liverpool School of Tropical Medicine, they estimate that nearly four million people died prematurely due to home air pollution.

Many people are unaware of the risks that these ways of living cause. Cleaner cooking methods are important to reducing these hazards. A catch for this is that they must be efficient and long-lasting in addition to being affordable for poor areas to be able to obtain them. 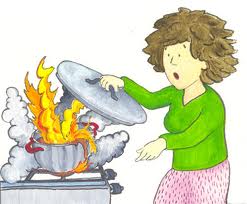 Smoky, dirty fuels are used in an open fire or simple stove that 600-800 million families being at a higher risk for respiratory tract infections, asthma, lung cancer, respiratory tract infections, and other ailments. Spreading awareness for home air pollution is important and the new study that shows 2.8 billion people are at risk allows them to have a newfound voice.